Constitutional Platform or Just the Best that Money can Buy?

In 1992, people had had enough of the Republican agenda and Democrat Bill Clinton proved to be the candidate that made the most and best sounding promises that resulted in the Best President that money could buy. He also proved to be one of the most immoral presidents. Under Bill Clinton, Freddie and Fannie were launched and we are now seeing and paying to learn how well that failed among other things!

In 2000, people had had enough of the Democrat agenda and Republican George W Bush proved to be the candidate that made the most and best sounding promises that resulted in the Best President that money could buy. George W. Bush increased our national debt, worked diligently to take away our privacy and freedoms with the Patriot Act, he also insured that our military industrial complex stayed profitable by sending American troops to Afghanistan and Iraq!

By the time 2008 rolled around people were angry and fed up with the Republican agenda and Barack Hussein Obama proved to be the candidate that made the most and best sounding promises that resulted in the Best President that money could buy. Mr. Obama made promises to get our troops out of Iraq, that has not happened, he made promises about a transparent government, that has not happened, he has bailed out banks, auto industries, wall street and more all with taxpayers money, he has managed to stuff unconstitutional healthcare down our throats, he does not have the American flag present at press conferences.

So, now, people are fed up with the Democrat agenda and we are approaching another election on November 2, 2010. Are we now convinced that a Republican is the solution again? Be interesting to see if we have learned anything or if we will continue the insanity of repeating the same things and expecting different results. Will we once again prove to select the candidate that makes the most and best sounding promises that result in the Best Governor that money could buy, the Best Attorney General that promises and money can buy, the Best Secretary of State that promises and money can buy, the best judges, state senators and representatives that promises and money can buy or are we angry enough to realize that this has not worked and seek a Constitutional platform by electing only candidates that will make their allegiance to the Constitution greater than party politics or self.. Our insanity has continued for over 100 years and the results surely speak volumes of failure! What do we have to lose by adhering to what our founder’s envisioned and trying a Constitutional platform?

Have you had enough yet?? 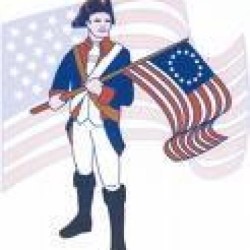