Since most Blog writers do not elucidate their worldview up front and create an interest to discover what the writer has to say, out of respect for the reader’s time, I consider it an act that should be a requirement for all writers.

I say this because I have spent the last six years consuming thousands of essays, and hundreds of books that claimed to be reporting events affecting the present socio-political environment in North America. Unfortunately, ninety percent of what I have read was a waste of time, simply because anyone with eyes wide open and a lust for freedom should instinctively know they could never obtain freedom from the effects of other peoples’ actions. Hopefully, this letter will not waste the reader’s time, but bring them to an understanding of why we are controlled instead of free.

The following are just a few examples: Joe six-pack comes home tired from an occupation he has no interest in, flops down of the sofa completely exhausted, and fries his mind and body for six hours with beer and television, pops the ole lady and goes to sleep. The academian, with a reading speed of twelve hundred words per minute, and a near photographic memory spends four hours a day reading other peoples’ writings, then another eight hours thinking of how he can get credit for a new idea. Frustrated with the world’s inability to recognize his genius, he goes to bed unaware of his patient wife. In between these extremes are hundreds of personalities, hell bent on obtaining their cognition of utopia with the least amount of effort.

If this sounds to you like humanity has a plan, this writer admits he has missed it. The good news is that quantum physics proves beyond doubt that all matter is in motion, and that motion is totally controlled by some unknown super intelligence. This is the extreme academian’s explanation for the existence of the Lord God Almighty, whether they realize that or not, is still left up to the reader’s opinion. Personally, I have no doubts about all matter having been created, and it is in constant movement towards its predetermined and totally controlled destiny. If that statement offends the reader, then this is a good place to stop wasting your time.

Hopefully, all of the above has left the reader with the opinion that the writer has spent considerable time and effort searching for an intelligent answer to humanity’s absolute inability to co-exist in harmony. That is, assuming the reader is a thinker. It appears that thinking has joined the model T ford, as humanity now considers the absence of absolutes, from not thinking, as justification for not being capable of it. Now, the reader should have perceived why I am so convinced that the present call for a constitutional convention, as an attempt to improve government, is premature.

In the event the reader requires facts, and rejects intuitive conclusions, here is a fact that anyone, regardless of their intelligence, should be aware of and very concerned about. Democracy is a tyranny of the majority by the minority, and who in their right mind would expect the two to co-exist in harmony? A Republic is an open invitation to an oligarchy, through their previously acquired wealth-power. No government in the known history of humanity has ever ruled without using force. Now, don’t you agree that it is just a little presumptuous to think humans have the ability to promote and protect cultural diversity, by writing a set of rules few ever read, and fewer are willing to obey; and that is assuming they can understand them.

If that conclusion is too pragmatic for you, then let us consider the overwhelming obstacle of controlling a diverse cultural society without the use of force. Does it now appear that we have a problem? If the reader really believes an instrument can be written that will inspire humanity to conform to it out of some sense of duty, love, or reason, then by all means please get started. BUT! Before you do, please do not overlook these facts. The United States of America is, and has been, under the control of people that are not subject to being controlled by any instrument, for as far back as you want to research. The existing constitution is the product of their control, and they are only inches away from initiating absolute control over every facet of every citizen’s life, by controlling their life sustaining resources. That is not a world I want to grow old in, so please, all of you who admittedly are much more intelligent that I could ever dream of being, get busy and rewrite the old one, or write a new one, and I will spend the rest of my life supporting and praising you.

That is assuming it works, and I can grow old with no more intrusions into my private life, no more taxes that lower my standard of living, no more license to buy in order to operate a business, keep possession of my home and other personal property, and no more laws that assume I can’t wipe my backside in the right direction or choose a doctor of my choice. DARN! My spell and grammar checker puked after that last sentence.

I have concluded it would be more realistic to solve the problems of a diverse cultural society by giving them fifty different Sovereign States to choose from, instead of each state being dominated by a central leviathan and forced to conform to one single constitution. I have also concluded a long time ago that I would participate in an election for the first time in my life, if the candidates had first supplied the state with a written agreement clearly elucidating their comprehension of their state constitution, and how they would use it to preserve peace and harmony, promote sustainable growth in commerce and agriculture, and protect the state from outside influence. Each elected officer of the state would remain subject to a citizen plebiscite in the event of misconduct or incompetence. This author does not intend to itemize all that is needed to administer a state. That’s for smart people.

If the reader is still convinced that a new constitutional convention will solve, or even marginally improve life in America, and has taken personal offence with this writer’s admitted inept attempt at being an entertaining surreptitious curmudgeon, just chalk it up to ignorance and or exasperation with the people I honestly admire being unable to improve my life. All I ever wanted was to be free, equal, and happy. 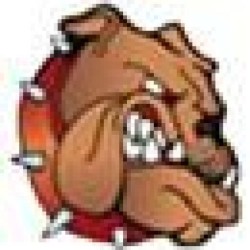