Living in the Wikileaks Era

The Century of the Great State is behind us. I plot that century from the 1917 Russian Revolution that ultimately empowered a state-level actor to be the messenger of the toxic ideology of Marxism, through to the death of the internationally popular dictator Fidel Castro in 2016.

It was a century when more than 100 million died at the hands of their own governments as those governments claimed to be doing good for their citizenry.

That is the past. What an ugly past it was. It can be put behind us if we so wish.

And now we have a special gift. It is a gift called the present.

And a new era may be ahead of us.

There are a lot of experts who claim to be able to know the future. I can’t predict the future. I have no crystal ball. Anyone who claims otherwise is lying. What I do see though is our present.

In our present, the “great state” has been rendered obsolete in several key ways and is growing in obsolescence daily. The signs are all around us.

The Tea Party, Barack Obama, and Donald Trump were all seen as coups on the status quo, by a portion of the electorate. They were all born of movements intended to upend a government that people no longer trusted.

The so-called “Fourth Estate” – the mainstream media – had, in effect, become a propaganda arm of the government. But the internet displaced the Fourth Estate as the sole arbiter of truth. This notably reached a turning point in 1997, when a nobody from nowhere, Matt Drudge, found out that Newsweek editors had spiked a story about President Clinton and a White House intern. Thanks to Drudge, that story commanded the front-pages instead of being buried.

In 2007 and 2008, as the economy was in meltdown, Ron Paul was speaking about monetary policy to packed rooms and receptive internet audiences.

A cypherpunk was paying attention. Instead of being the pigeonholed specialist that our overly academic era demands, he crossed boundaries and cross-pollinated theories between two important disciplines to solve problems that were global in scale. Satoshi Nakamoto identified Austrian School economic theories that pointed to the value of hard money and identified research in informatics that pointed to the value of encryption.

He combined the two concepts (and more) in the Bitcoin whitepaper and created a genie that will never again be bottled up. He invented the technology for a competing currency that governments can never censor.

Cryptocurrency didn’t change the world overnight. That’s not how change usually happens. But it may foretell a future where an oft-abused central bank – much like the one that Karl Marx, the enabler of dictators, called for in his 1848 Communist Manifesto – would be rendered incapable of working its mischief.

This technology presents a formidable challenge to a relic of the great state, the Federal Reserve Bank, the third central bank of the United States, created in 1913, that has helped grow the promising beacon of freedom that America was into the parasitic tyrant state that it is today: on its people and on the world.

Today a man is in prison who has helped to further free humanity, using the tools at his disposal and his resources in life. He is one of many like him in prisons, exiles, and lockdowns. Julian Assange is a hero in this young era in which we find ourselves, a key player in the period of transition, a symbol of what can be, a portent of how the future could look.

There are untold others like him. And every day there are more: perhaps learning python, or even just learning to run a script.

Until May 6, 1954, the four-minute mile was seen as an impossibility, something beyond human capacity. Then Roger Bannister ran a four-minute mile at Oxford’s Iffley Road Track. Suddenly others started running four-minute miles, thousands to date. Now it is seen as a perfectly normal thing for a highly trained mile runner to be able to do.

The mold had been broken.

The constraints were not physical. They were psychological.

Assange too broke a mold. He struck a blow to the deep state. He sent thousands cowering, afraid that their mischief would see the light of day. He did this as a one-man team who inspired others to collaborate. Suddenly small-time hackers knew that a vast realm of potential was out there that had never been explored.

And in the fallout they chased him. They cornered him in an embassy. They turned him into a martyr and an exemplar. They caged him. And they drove him to the edge of sanity, where he now remains according to reports. Is that really the worst you can do? Is that really the worst? Is anyone supposed to be scared because of how you’ve treated the man who has outfoxed you at nearly every turn and put on full display what an incompetent laughingstock the tyrant is?

There are millions who would willingly accept that fate for the chance of having exposed the tyrant for what he is.

The governmental response to coronavirus has brought untold death and destruction to human society. A level of corona communism has been implemented that far exceeds anything that humanity has ever known. Every totalitarian has spent these weeks licking their chops at the amount of harm they can do to unsuspecting people if they just continue to parrot the line that every invasion of all they hold dear is being done for their own good.

There are many ways to fight the totalitarian. There are some classic ways and there are some new ways. In late April 2020, a month into the lockdowns, the world was treated to a reminder of how some of the new ways look.

“A cache of nearly 25,000 email addresses and passwords allegedly belonging to the World Health Organization (WHO), National Institutes of Health (NIH), Wuhan Institute of Virology, Bill Gates Foundation and several other groups involved with the coronavirus pandemic response were dumped on 4chan before appearing on several other websites, according to the SITE Intelligence Group.”

Suddenly, 25,000 accounts that had been hidden from public scrutiny, but had a significant impact on the public, were made available in the internet’s own Freedom of Information Act.

Going forward, the tyrant may not want the creator of the most malware-prone software on earth to run its secret vaccine program.

Tyrants want secrecy for themselves, full disclosure for everyone else. The natural order wants privacy for us, full disclosure for those we empower. I don’t know how this inversion of nature that we are now living through will turn out; I have no crystal ball. But I know how it always has turned out: Not well for the tyrant.

Some technology is so simple to crack, that the data could very well have been accessed by a 12-year-old. There are limits to what can be identified by this particular hack and data release, but it is a potent reminder of how much power to derail the tyrant exists and in how many hands.

The embarrassing 2016 Wikileaks data dumps are a reminder of how unsophisticated the many-headed tyrant really is.

With the technological breakthrough that is the Bitcoin white paper, the central banks have had competing currencies forced upon them – in time the tyrant will have diminished ability to finance his ways.

Using the Internet, everyone now has access to a virtual printing press with a global distribution network – the tyrant can no longer control the flow of information.

Encryption has brought privacy of all means back into the hands of all who want it – the tyrant will have no way to monitor his subjects.

Wikileaks-style hacks have enabled anyone across the planet to be a history-altering investigative journalist – the tyrant will have nowhere to hide.

We live in the Wikileaks era.

For those who love human freedom, there is no greater time to be alive. 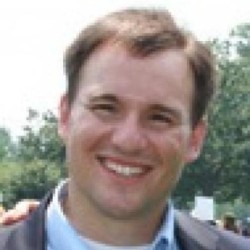 Allan Stevo
Allan Stevo writes about international politics and culture from a free market perspective at 52 Weeks in Slovakia (www.52inSk.com). He is the author of How to Win America, The Bitcoin Manifesto, and numerous other books.