In a time when government power keeps expanding and never seems to stop, people begin to wonder how they can take action to safeguard their individual freedom.

Some people think that the next election will be the quick solution to all of their government-related problems and that they can simply vote the bums out and replace them with someone who has their best interests in mind. However, in reality, we often end up in the same situation as before and continue down the dangerous road of despotism and an expanding state.

Knowing this, the founders addressed this issue by making it specifically clear that the simple act of saying no, or individual noncompliance, was the rightful remedy to protecting each individual’s rights. This “consent of the governed” was to be viewed as the most powerful check that the people possessed, and it was intended to be used at every infringement against personal liberty. One can start to examine this by referring to the work of Thomas Jefferson in the Declaration of Independence, where he writes;

“…to secure these rights, governments are instituted among men, deriving their just powers from the consent of the governed.”

Consent, defined as the ability “to give assent or approval,” was solely reserved to the people, and the “power” that the government possesses is no more than a form of limited permission from the people. In this, the people must approve every action that a body of government takes; otherwise, it is null and void.

Now, when it comes to nullification, there are many ways to push back against the expanding state, but nothing is more effective than a body of people outright saying “no.” James Madison has a great way of putting this as he suggests that nullification be done through the “refusal to cooperate with officers of the Union” for every unpermitted act taken by the government.

NO… it’s as easy as that. For every act that is unconstitutional and against the principles of liberty, we must say no and nullify it. 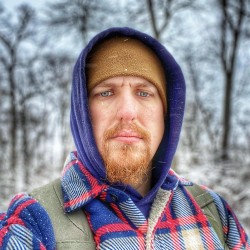 Follow me
Caleb Shreve
Caleb Shreve is a veteran, writer, political activist, and the chair of the Legislative Action Committee of the Libertarian Party of Pennsylvania. He is a Liberty University Alumni with an educational focus in Post Traumatic Stress recovery. Caleb applies the principles of liberty in his day to day life and is a firm believer in the nullification movement.